Things to Consider When Searching For a Bad Ass Motorcycle Helmet

Things to Consider When Searching For a Bad Ass Motorcycle Helmet

uality motorcycle helmet. Keep in mind that the helmet is likely going to be the most important purchase that you make as a motorcycle enthusiast. Not only will it allow you to remain safe, but it will also give you a chance to be fashionable or stylish. There are multiple things that need to be taken into account throughout the process of searching for a motorcycle helmet. Brand, material, and safety all should be prime considerations as they are important parts of the shopping process. Take the following tips and tricks into consideration as you search for the perfect motorcycle helmet for you.

Of course brand is an important consideration. Certain brands are going to be known for quality, while others may have a less reputable reputation. You can narrow down your search by outlining a few brands that you would be interested in purchasing, and focusing solely on those brands as you begin your search. Make sure that you read reviews from previous customers to get an idea of the level of quality that a specific brand provides.

The weight of the helmet is also a prime consideration as well. Of course, many motorcycle racers are actively looking for ways in which they can cut back on weight in order to improve speed. A light helmet could weight anywhere between 3 to 4 pounds, while the heavier helmet can weigh as much as 20 pounds. The weight of the helmet often affects the safety rating of the helmet, which should be a prime concern for anyone that spends a great deal of time on the road.

It is also important that you determine what type of style of helmet you would like as well. The open style is the most popular, but can leave portions of the face and head unprotected. A closed helmet is not for everyone, but does provide superior protection in most cases. Try to find a helmet that is going to give you a good mix of style and safety, so that you can feel as comfortable as possible when on the open road. There are many helmets that offer both open and closed settings, with detachable parts, making it easy for you to switch back and forth betweesn the two options.

Helmets can also range greatly in price. There are helmets that are available for under $100, and helmets that cost as much as $500. Of course, in some circumstances the higher-priced motorcycle helmets will provide more protection and be of higher quality in general. However, there are high quality helmets at reduced prices as well. The prices of helmets are often subject to change based on availability, promotions, and what types of helmets are generally in style at a given time.

Safety has to be a prime consideration for anyone that is considering purchasing a motorcycle helmet. They are responsible for keeping your head safe, whether the crash is your fault or not. While we can drive defensively, there are often times in which our own safety on the road might be out of our hands, and in the hands of another driver. There are numerous things that can be done in order to check the safety of a given helmet. Many helmets undergo safety reviews, particularly when the manufacturer is confident in the product. This allows you to have an unbiased third-party review those helmets, and score them based on the safety features that they provide.

About the author:
David Jackson is a motorcycle enthusiast and trying to describe “Things to consider when searching for a Bad Ass Helmet”. You can also find him on face book. 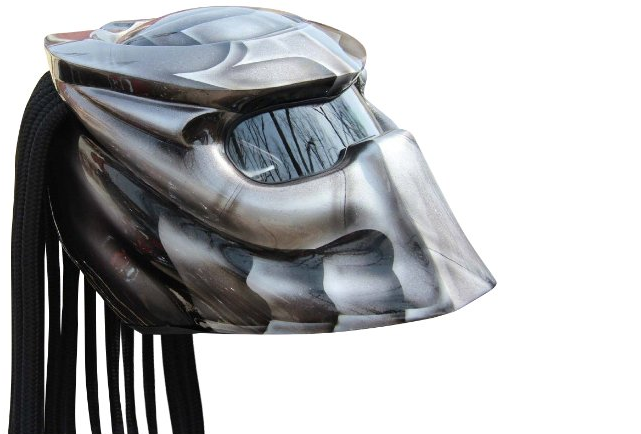 Posted by Tail End Customs at 8:57 PM No comments:

Hey guys and gals so the guys over at www.MotorcycleHouse.com were kind enough to send me this motorcycle vest by Viking Cycle to check out. I must say I'm impressed. Fits great and great quality and completely affordable. It's a nice leather vest. Has two outside pockets and even two inside pockets. Has four easy snap buttons. If you are looking for affordable riding gear then please go check these guys out at www.MotorcycleHouse.com 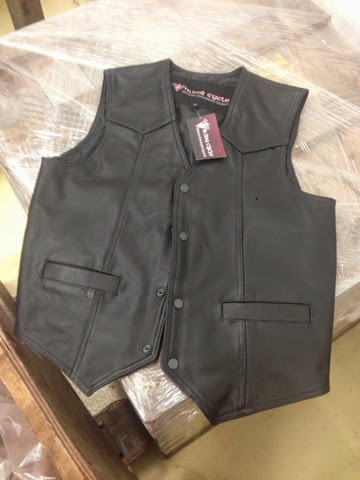 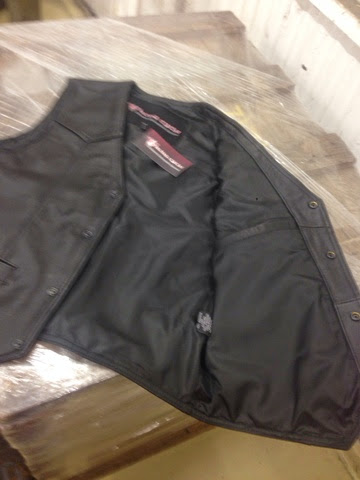 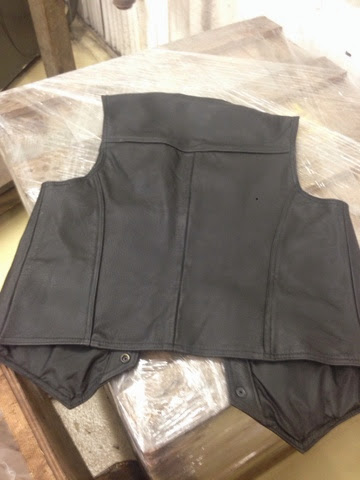 Posted by Tail End Customs at 8:02 AM No comments:

Check out DP Customs new build "Two Lane". Beautiful job and they are sporting one of our tail lights. Thanks for the support guys. You can check them out at www.dpcustomcycles.com
#dpcustoms #harley #sportster #custom #powerpiston 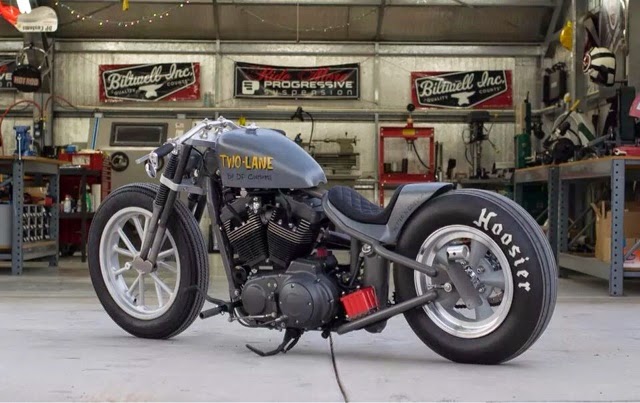 Posted by Tail End Customs at 9:53 PM No comments:

Following on from the previous entry which covered the conception and birth of motorcycle fashion, it’s time to take a look at the next era in the history of gloves, helmets, jackets and, perhaps most exciting of all, riding chaps.
Picking up where we left off at the beginning of the 1930’s, we see what may only be described as a continuation of the 1920’s for the first half of the decade. The steady popularization of the leather bike jacket created by Irving Schott spread from the United States’ East Coast to just about every part of the world in possession of the motorcycle technology, and let’s be honest- it’s easy to see why. 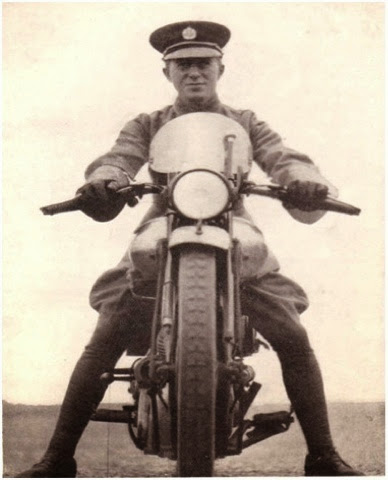 This sense of travel and indeed community became synonymous with motorcycling from these early days, with notable world events all contributing to the forming of the modern image of motorcycle culture.
One such event, though extremely tragic, was pivotal in advancing the universal safety regulations, as well as, no matter how inadvertently, the fashion of motorcycling as a sport and as a way of life. This was the death of T.E Lawrence, or as he’s more commonly known ‘Lawrence of Arabia’, the decorated British Army Officer who was killed in road accident while atop his Brought Superior, just two months after leaving the service. An internationally renowned figure, his death prompted a rethinking of motorcycle safety conventions and standards.
As well as helmets for motorcycles becoming commonplace around this time, coveted waterproof wax biker jackets and full suits were introduced by British company Barbour.

By the time of the outbreak of the Second World War, the military motorcycle runner was far better equipped than his WWI predecessor. Dressed to the nine’s in his newly developed two-piece leather suit, incorporating both a biker jacket and riding chaps, protective helmets made from either cork or tin were also abundantly available. This marked the true international progression from cowhide to leather.

As with most areas of mechanics, motorcycle technology flourished in the years following the Second World War. The 1950’s saw the full integration of biker chaps and riding jackets into a combined suit- with renowned racer Geoff Duke becoming the first rider to wear a one-piece.
With riding chaps now all but redundant in racing circles, the 1960’s marked the loss of another as-of-yet-unchanged staple in motorcycle fashion- open faced helmets.

Produced by Roy Richter of Bell Auto, interestingly the very man responsible for leading the way with the initial production of open faced helmets, the first of the full face helmets arrived in the form of the now iconic Bell Star.
By the time the 1960’s were through however, biker chaps were to make their return in the United States, favored by ‘for-leisure’ riders due to their innate ability in keeping those all-so-important jeans of theirs both squeaky clean and bone dry during a long drive.
It’s all about travelling really, whether through time or countryside or metropolis.
Posted by Tail End Customs at 1:31 PM No comments: 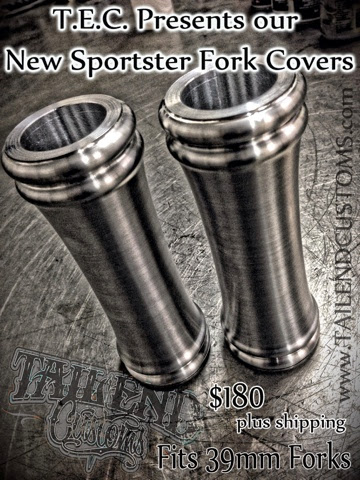 Check out our newly designed Harley Sportster fork covers. Fits 39mm forks. Give your sporty a new look. Be different from the rest. These fork covers have a real nice vintage styling to them. Great quality and Made in the USA! (These come in Raw aluminum)
http://tailendcustoms.bigcartel.com/product/tec-sportster-fork-covers
Posted by Tail End Customs at 4:34 PM No comments:

We just wrapped this build up for a customer out of Austin, TX. Came out pretty rad. Thanks for checkin it out. For more pics check out our builds page. 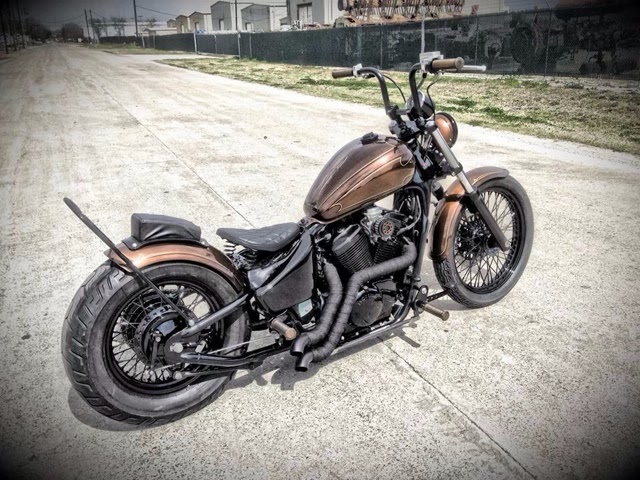 Posted by Tail End Customs at 9:39 AM No comments:

The Brothers from DP Customs sent us this sweet shot of their new build sporting our Black Power Piston tail light. It's turbo sportster. It's bad ass. Go check then out at http://www.dpcustomcycles.com/home.html 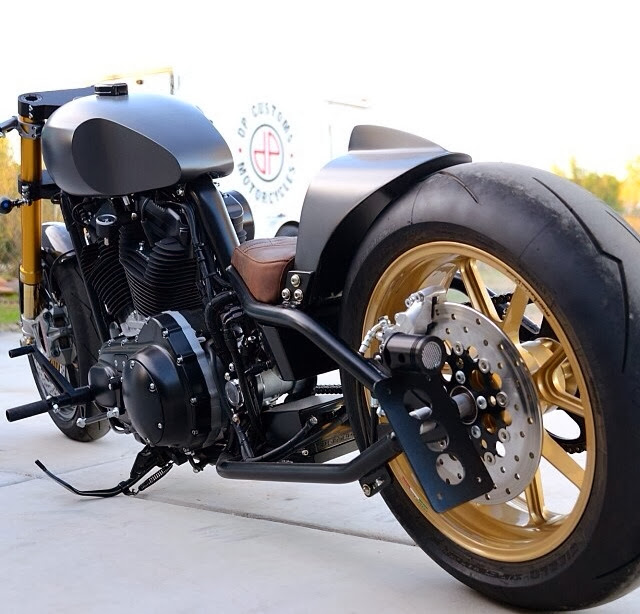 Posted by Tail End Customs at 9:01 PM No comments: 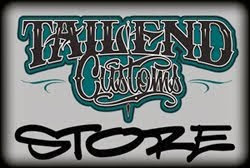 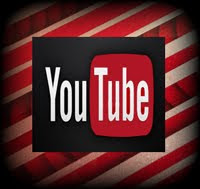 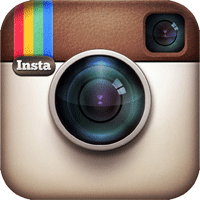 My homies and cool peeps...